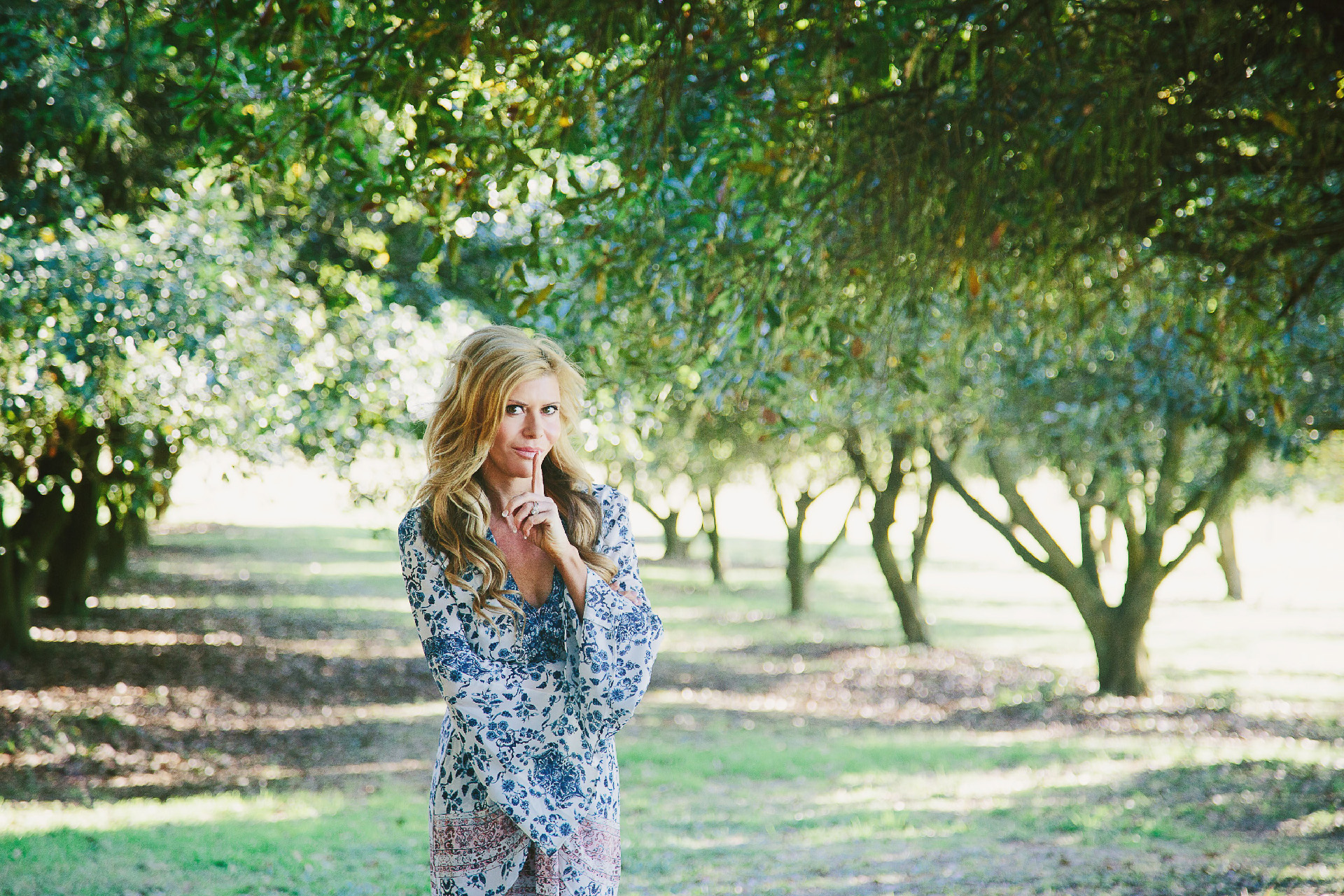 I have always thought of male surfers, collectively, as a bunch of pricks… until I sat down and had a meal at Three Blue Ducks.

Although I am sure they drag sand through their homes and are painful in many ways, they have managed to break the ‘bimboy’ surfer stereotype I had fixed strongly in my jaded head.

What a collaboration! The boys started their partnership with Three Ducks Café in Bronte.

Chefs and co-owners, Darren Robertson and Mark Labrooy, both have fine dining pedigrees.  Darren earned his stripes in Michelin-starred Gravetye Manor and Mark in Tatsuya’s Sydney. 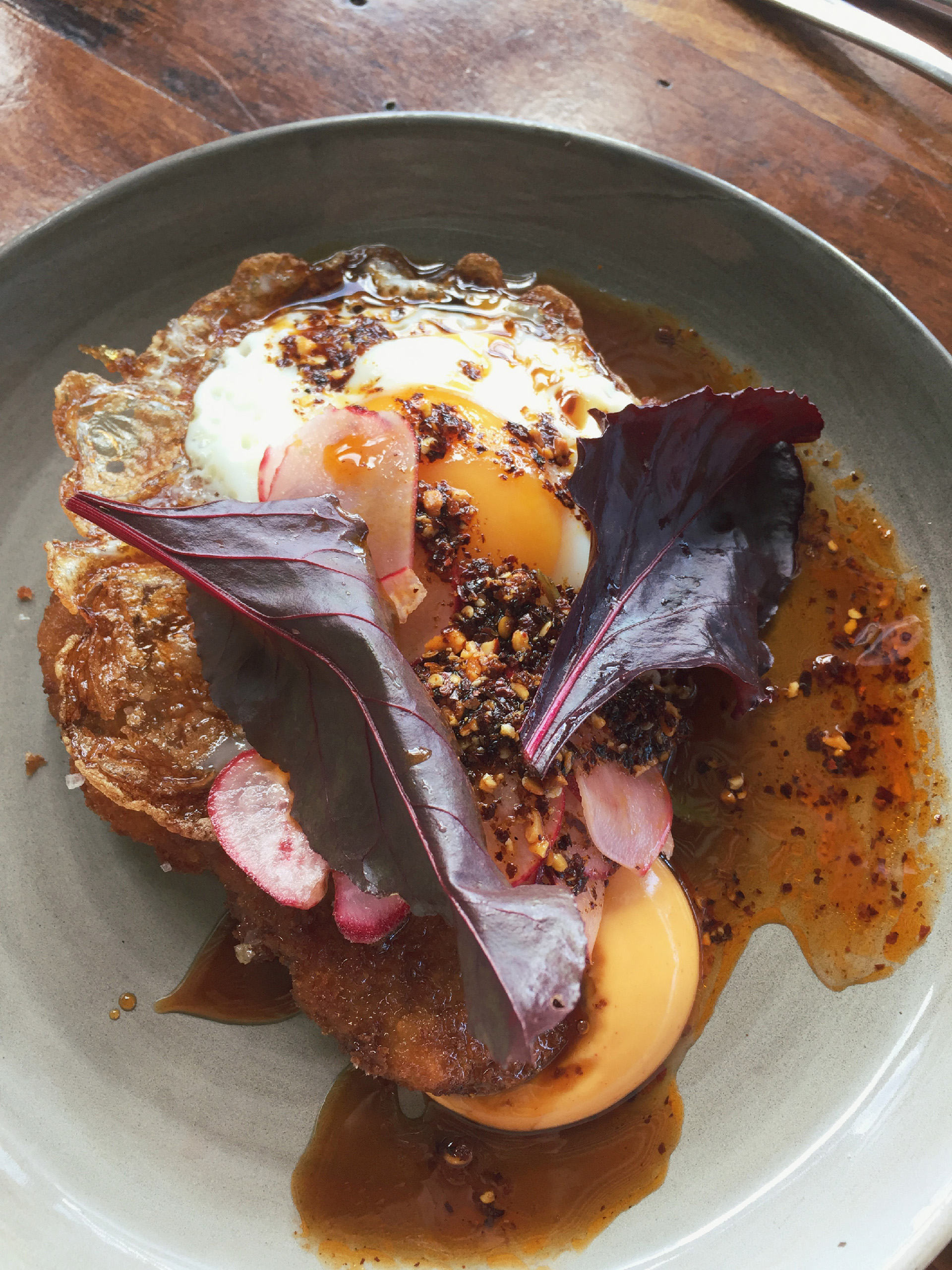 When you think of “farm to table” I hadn’t imaged having a Bond Brown chicken brush against my legs under the dining table.

Nor had I imaged finding pig ear schnitzel on the menu. Delicious by the way!

They only use local spray-free seasonal produce.  This presents a challenge when onions are out of season.  Most of the ingredients are grown on site!  If you take a stroll you will see English Large Black pigs used for Sundays’ open spit roast.

The small menu has integrity.  Don’t be surprised if you walk away a vegetarian or with their cookbook.   We opted for the cookbook.

The other owners all bring a specialty to the table in one way or another. Chris Sorrel is  co-owner, barista and jack-of-all trades.  He is known as the ‘King of Cappuccino’ (wherever that is) and refers to the afternoon as ‘arvo’, translators.

Sam Reid-Boquist is co-owner and front of house.  Once the limelight was directly on the maître d’.  Their charisma and ability to remember your name was the draw card to most good restaurants.  These days, people are mostly drawn by the chefs.  I’m guessing this does not faze Sam in the slightest.

Jeff Bennett, co-owner, is a beer enthusiast. You will find an amazing selection of beers on tap behind the bar alongside a modest selection of stunning cocktails.

There are multiple businesses being run on the farm. You won’t be bored! 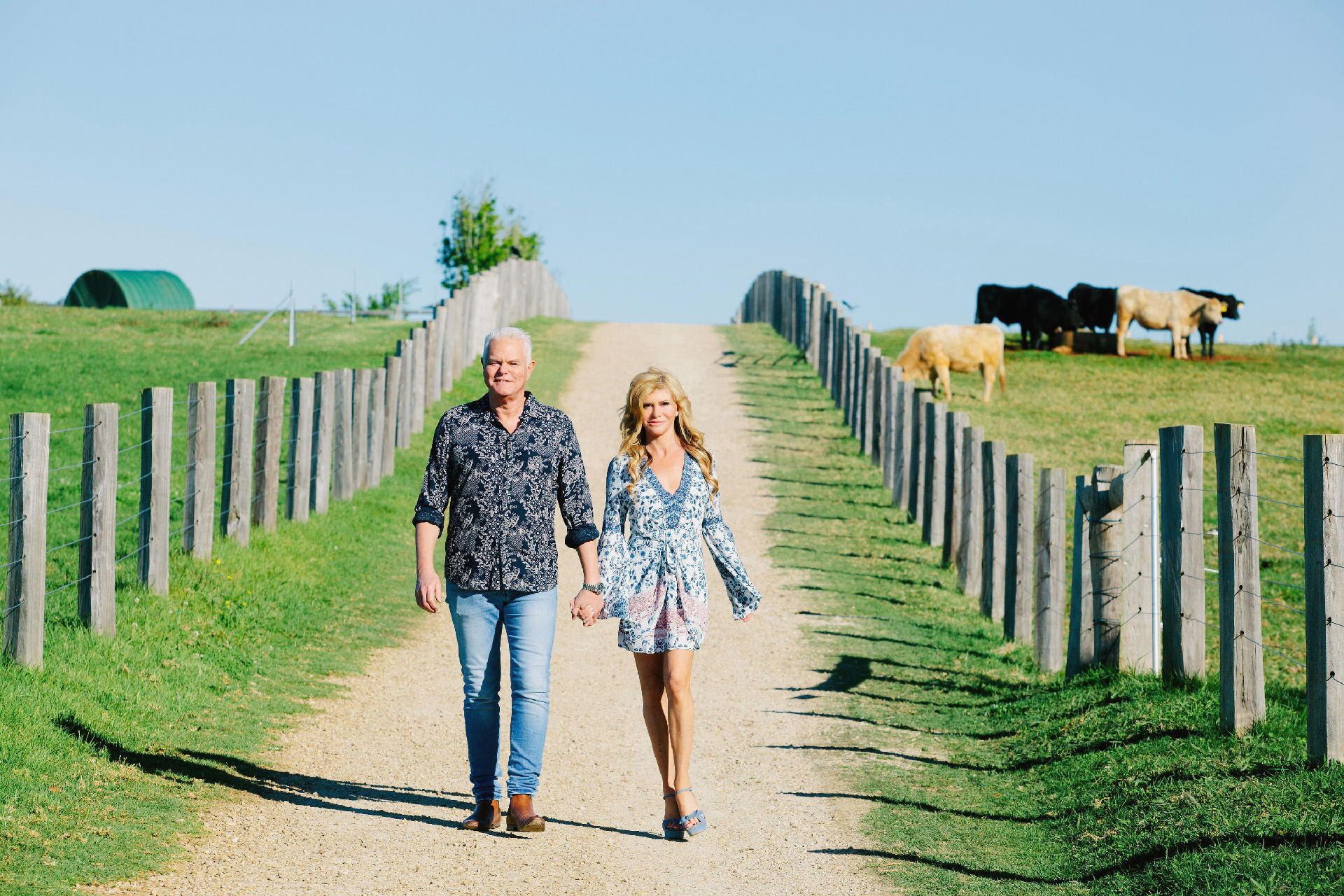 The first most striking, unpretentious feature is their kid friendly attitude. Check out “Farm Kids” holiday workshops and other awesome activities for kids.

The stunning bakery is called “The Bread Social”, makes stunning artisan breads and real croissants.  The florist is called “Flowers at the Farm” (this is the florist we used for our wedding) and the “The Produce Store” sells local produce. 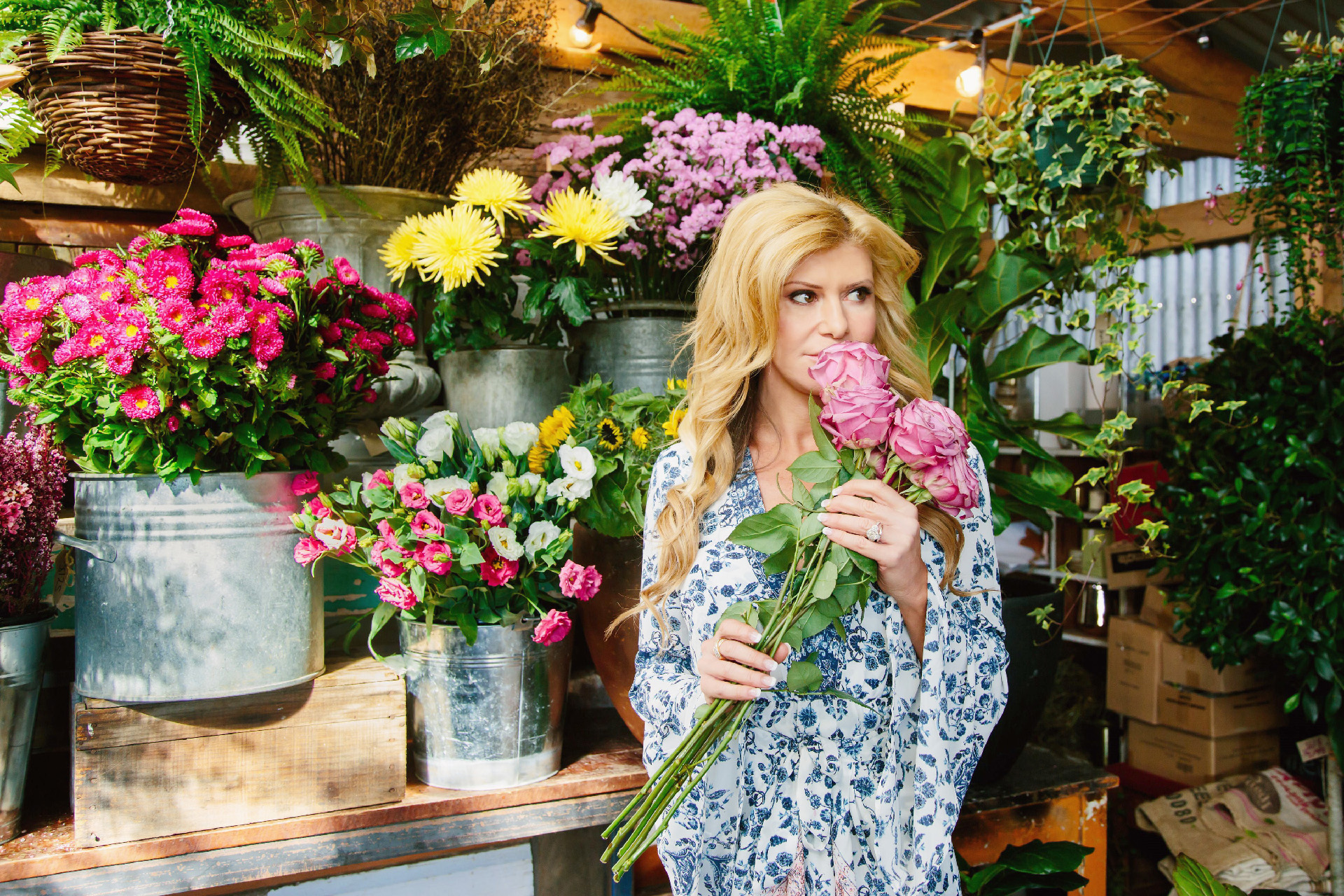 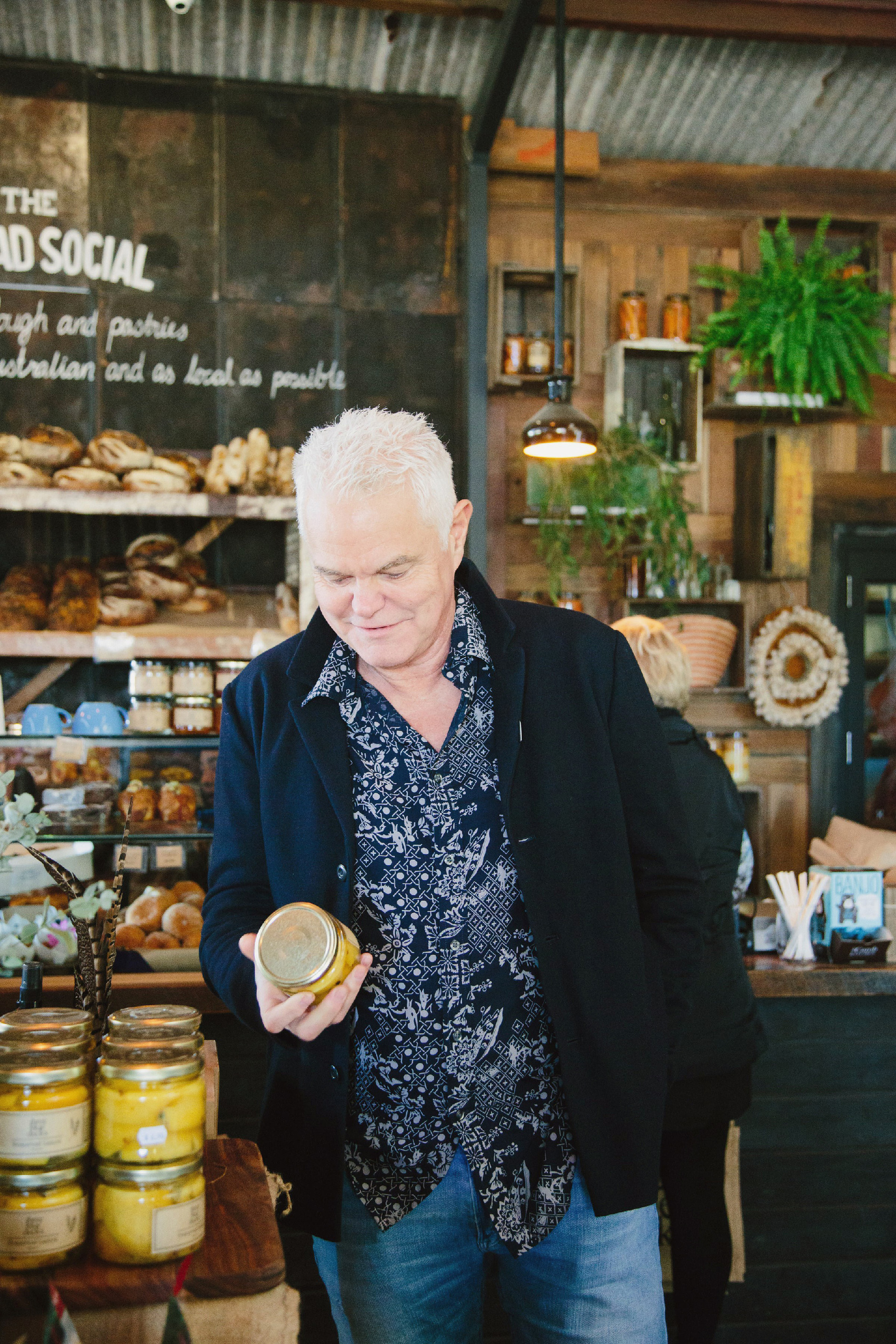